Continuing on in the Taxonomy of Suckage… this week brings us to DTB (dope-T-bone), which is related to the dope-a-dope (DAD). In both cases, a car in front of you spins and you try to avoid the incident by dodging the car in front. Sometimes it works, sometimes it doesn’t. The trajectory of spinning cars is very difficult to predict. Will the driver put both feet in or try to save it? Will the car cross the track? Possibly more than once? You really have no way of knowing. If you’re on the last lap and a million dollars is at stake, make an educated guess and blast past. But if you’re in an amateur endurance race where black flags and bent metal mean time off track, money out of your pocket, or race time lost for other team members, DON’T DO IT! Hit the brakes. The driver in front of you isn’t a pro driver. It could be someone’s noob kid. If that was your husband/wife/child in the other car, would you stomp on the throttle and risk T-boning them?

It’s hard to make these kinds of decisions in the spur of the moment unless you practice them. How can you practice being in the situation without actually putting yourself in danger? Professional instructor Ross Bentley’s main teaching tool is mental imagery, which is deliberate, practiced, and detailed use of your imagination. It really works. Run various scenarios through your head and how you would deal with them. The car could be entering a spin from going 2 off, or for oil on track, or braking mid-corner. There are lots of possibilities. Imagine a bunch of them. What are the telltale signs? A puff of dirt or tire smoke, the attitude of the car, the sudden movements of the driver. What do they sound like or even smell like? The more vivid your imagination, the more realistic and useful the training experience will be.

An experienced driver knows that going two wheels off (TWO) is not a big deal. Sometimes you come in too hot and run out of track. Open the wheel, reduce the Gs, do a little dirt-tracking, and then return gently to the track. Inexperienced drivers have a tendency to maintain steering lock and this causes them to spin when they drop 2 wheels. Alternatively, they may steer too aggressively when trying to return to the asphalt. In the following clip, the blue car doesn’t do a very good job of handling their TWO situation.

The POV (point of view) car doesn’t do a great job of handling the situation either. He got caught in a classic dope-a-dope (DAD). A rope-a-dope is suckering someone into a false sense of security. A dope-a-dope is suckering yourself into a false sense of security. When a car goes off track or spins in front of you, don’t expect the best, expect the worst. If the ass idiot in front of you misses every apex, you know they suck at racing. When they drop 2 wheels, you know they’re going to mess it up. Right?

I don’t care if a Prius has a 0.24 coefficient of drag. It looks like crap on shit. I’d rather have a Triumph Spitfire and it’s 0.42 CoD. Is there anything cooler than vintage race cars? No. Well, maybe WWII airplanes (see the Aces link above). But I could never own a warbird. But a vintage racecar? That might happen. While traveling through Europe as a pre-schooler in the early 1970s, I fell in love with the model cars from Corgi, which were mostly sports cars from the 60s and 70s.. To this day, I think all cars should like those Corgi toys. 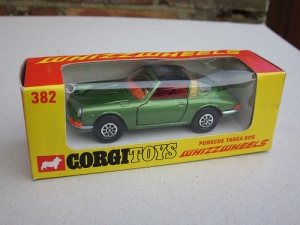 Vintage racing looks like fantastic fun. But not when you sucker punch yourself with a dope-a-dope*. That’s borderline criminal.

In the church of racing (which I just made up), there are seven deadly spins (the links below refer to previous YSAR posts).

FYI, the team was banned for the season.

Feigning weakness to get an opponent to make an error from a false sense of security is a clever strategy in warfare, sports, games, business, politics, and other competitive activities. The most catchy name for this is strategy is the Rope-a-Dope, which has its origins in 1974 when Muhammad Ali used it to tire out George Foreman.

If your rear tires lock, you can enter a spin very easily. There are a lot of ways you can end up with your rear tires in a skid (ABS delete, incorrectly adjusted prop valve, using the hand brake, debris on track, trailing-throttle oversteer, mid-corner braking, going off track, etc.). After perusing hundreds of spins on YouTube, I can say that a shockingly common source appears to be engine braking in a RWD vehicle (aka down-shitting). While the engine is not a very effective brake, it is strong enough to shift braking bias to the rear. If one dumps the clutch in a downshift, the sudden change in brake bias and car balance can skid the rear tires out of line even in a car that is going straight. Smoking rear tires are one of the telltale signs.

When another driver spins in front of you, what happens next is mostly up to you. They are skidding and out of control. You can stop in a shorter distance than they can. There is really no excuse for hitting them or for being hit. The blue & white Miata handles the situation gracefully. The black & yellow Spec Racer gambles and loses. If you’re going to attempt a pass, the responsibility is on you. If it goes badly, don’t blame someone else for your poor judgement or execution.