The Mk4 isn’t well-loved by most GTI enthusiasts. It isn’t the original and nimble GTI that started the hot-hatch movement. And it’s not one of the modern Golf R’s with 300 hp. With a curb weight of 2932 and an engine producing 180 hp / 174 ft-lbs, the best you can say is that it’s almost sporty.  Racing buddy Tiernan has two Mk4 GTIs…

OK, so why would anyone own even one Mk4 GTI? Three reasons come to mind:

In California, where we are, tuning an engine is practically illegal these days. Seemingly any change from factory spec will fail an emissions inspection. In order for an engine modification to be CARB-legal, a manufacturer must jump through some hoops. For 1.8T owners, that’s already been done. As a result, you can get a boost of 30 hp and 50 ft-lbs with a relatively cheap software update.

Tiernan’s Black GTI was purchased for under $2K. He added eBay coil-overs and a CARB-legal tune. It’s a decent track car and daily driver, and a heck of a bargain. If you had just one car for everything, this makes a good argument. It has 4 seats, a cavernous amount of storage with the rear seats down, and enough sportiness to be fun on track. It’s also really reliable, having done more than a dozen track days with minimal maintenance. I’ve driven the stock version of the car on track and it was good. I also drove it on the street after the engine tune and the extra power completely transforms the car. I’m really interested to see how it performs on track.

So why did he buy another one? The Red GTI has KW Club Sport coil-overs, a slightly higher performance tune, a limited slip differential, custom transmission, big brake kit, aluminum control arms, tubular subframe, etc. The car was put together by a professional mechanic who owned it since new. It’s basically everything you would want to do to a Mk4 GTI and still have a street-legal car. The price was too good to pass up.

Thankfully, Tiernan hasn’t sold the Black GTI just yet, because we need to drive them head-to-head. I’m curious how much better the pro build is. The bargain hunter in me wants to believe that a suspension swap, ECU flash, and a brake pad swap is all you need to embarrass some true sports cars. We’re headed to the track soon to find out. Look for that soon on YSAR. 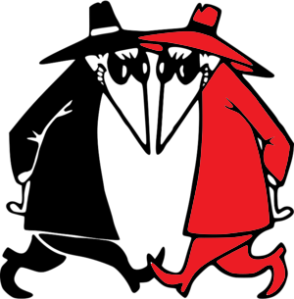