A couple weeks ago I posted about my carpool car: a 2003 Hyundai Elantra GT, which I call “The GT”. I’m doing some light modifications to make it track-worthy. Why? Well, if you have to ask, you’re not the intended audience. Still here? Sweet, let me give you the goods.

The very first modification every track car should have is high temperature brake pads and brake fluid. While I have raced cars with fading brakes, and had a good time doing it, it’s safer and more fun if you have confidence that the car will stop every time you hit the brake pedal. There are lots of high temperature brake fluids, and I’m not picky about them. I never bother with fancy disks. Drilled rotors are unsafe. Slotted rotors remove mass. OEM equivalents are just fine.

My usual brake pad is StopTech 309, but I couldn’t find those for the front. I did get them for the rear, and amazingly, they were just $13 for a pair. For the front, I decided to try Power Stop Evolution Z23 brake pads. I’ve never used them before, but if they really are good up to 1200°F, that would be pretty sweet as a set is just $28. Here are some brake pad temperatures I’ve found online. Most of these numbers are coming directly from the manufacturer. Not sure how reliable that is. Boldface below indicates pads I’ve had on my cars.

In case you’re wondering how I rate these, the worst feel are the ST43. Too much on/off behavior. They last forever though. Hawk HPS and EBC Green feel okay, but melt quickly. They may be fine for autocross, but not for track. EBC Red/Yellow, StopTech, and G-Loc all feel about the same and have similar longevity. But StopTechs are half the price of EBCs and EBCs are half the price of G-Locs. If it turns out that PowerStop is good enough, that’s great because they are even cheaper than StopTech.

I don’t know much about tracking an automatic, but my understanding is that autos fail when they get too hot. I recall being at a track day where they had to shut the track down for 30 minutes to clean up an exploded slushbox. I don’t want to be that guy, so I need to protect and monitor the transmission. Unfortunately, not many cars report their transmission temperature on the dash and getting the temperature out of the ECU can be complicated. To keep things cool I got a Hayden Automotive 677 transmission cooler ($38). I haven’t yet figured out how I’m going to monitor the temperature.

I’ve driven lots of cars with stock suspension on track and I really don’t mind a bit of body roll. But The GT suspension was in need of replacement anyway, so I decided to upgrade. The few people who autocross Elantras say that a good handling formula is KYB GR-2 struts, H&R Sport springs, and a Tiburon rear ARB. None of that is very expensive. The struts were about $60 each, and the springs were on sale for $200 from Tire Rack. I picked up the ARB from Pick-n-Pull on a member’s 40% off day for $25. The whole suspension package was under $500. 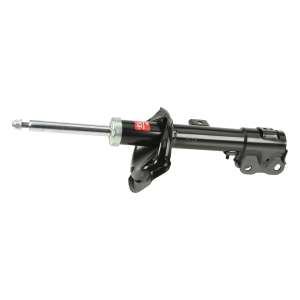 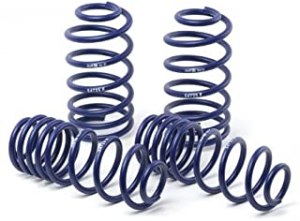 I have nothing against tracking a car on all season tires. I actually have a lot of fun with that. But I’d like to embarrass some actual sports cars with The GT, and the simplest upgrade is sticky tires. The original wheel and tire sizes are 15×6 and 195/60/15. There are no decent tires in that size so I went looking for 16″ and 17″ rims on Craigslist in 4×114.3 bolt pattern. I got lucky and found a set of Team Dynamics in 17×7 for just $250. They were previously on an autocross e30 with an S52 swap. They are nearly new, and even though I don’t have much preference for wheel aesthetics, I like these well enough that I may have picked them out of a catalog.

The stock tire has a 24.2″ diameter. The closest 17″ sizes are 215/40/17 (23.9″), 205/45/17 (24.3″), and 215/45/17 (24.6″). There are a lot of sporty tires made in those sizes, so it was a matter of choosing the tire that maximizes some function of price and performance. I love Bridgestone RE-71Rs, but they are pretty expensive in 17″. Federal 595RS-RRs have nearly the same performance for a lot less money. The only downside of RS-RRs is the vape-inducing tread pattern. When I went shopping for RS-RRs, I couldn’t find a set of 4. Recently Federal introduced the 595RS-Pro, and maybe the reason there aren’t any RS-RRs around is that the RS-Pro is the replacement. It has the same treadwear rating as the RS-RR but a more typical tread pattern. The only place I found selling RS-Pros was Phil’s Tire Service. I ordered a set in 215/40/17. 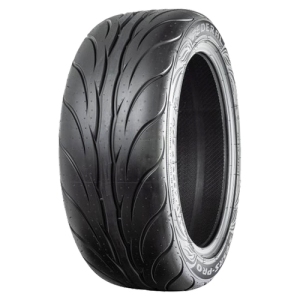 After mounting, the total bill was about $550. You can see how little sidewall there is. I might be worried about damaging a rim if I hit a pot hole on the street, but these are going to be used for track only.

I’m not going to upgrade anything on the power line. OEM from intake to muffler. For me, the whole point of going to the track is to drive around corners fast. I don’t really care what happens on the straights.

Removing weight helps a car accelerate, decelerate, and turn. But this is still my commuter car, and it needs all its comforts. The only weight reduction I’m doing is taking out the spare tire and tools.

While aero can counteract both drag and lift, I’m not doing any. I hate aero on street cars.

OMG who spends $1200 to track a $2000 car? Every Miata owner ever? OK, so an Elantra GT with an automatic transmission isn’t exactly the answer to many car questions. But in its own way, The GT is going to be awesome. Don’t believe me? Check back for the track report. I’m going to run circles around some motherfuckers.

12 thoughts on “Track Prepping The GT”