One way to get a trophy is to be the fastest car on track. Another way is to be the slowest car. Haha no, ChampCar Endurance Series doesn’t actually give out trophies to the slowest car on track. We got the Sportsmanship trophy! I’m really proud of that because the team was full of first-time racers, and I didn’t want our inexperience to cause problems with the other racers. During the pre-race meeting I made a quick announcement along the lines of “We’ve got a bunch of first time racers here. Please don’t try to race us, we aren’t in your race. And please don’t try to scare us, we’re already scared”. We received nothing but encouragement all race long. 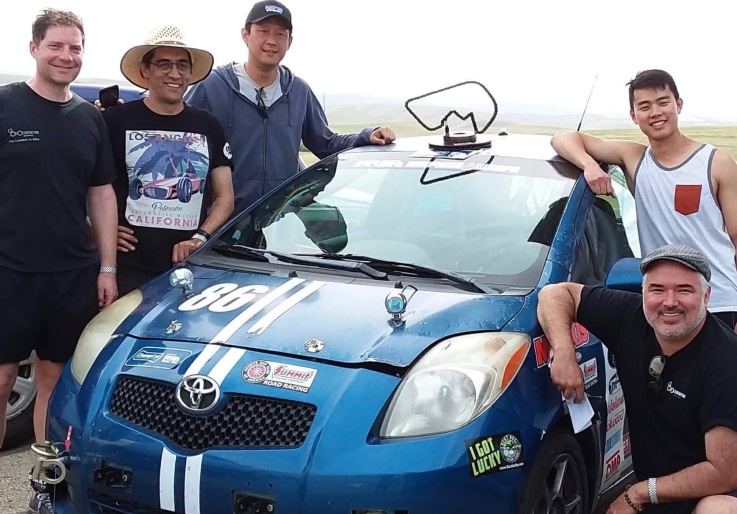 ChampCar uses a point system where each car has a base value and modifications with additional points. The Yaris was valued at 100 points plus 10 points per corner for lowering springs, so 140 total. Most of the field is near the target 500 points. The Yaris is really under powered for ChampCar. It was kind of depressing being the slowest car on track. But it’s a good car for a first race as it doesn’t have bad manners and is cheap as dirt to race.