Every racing organization has its own set of rules about passing. Let’s take a look at some of them in order from brief to verbose. Next week we’ll talk about how the rules are actually used and some best practices as a result.

Lucky Dog prides itself on its brief rulebook and the passing rules are no exception.

Lemons is tongue-in-cheek as usual. They don’t specifically define passing rules. The arbitrary nature of the rules and penalties turns off some drivers.

Despite being a rather large and complex entity, the SCCA rules are quite brief.

The ChampCar rules are very similar in wording and spirit to the SCCA rules. But they add a few specifics about driving on the racing line and blocking. They also further define what a complete pass is.

WRL is similar to those above, but adds specific language about the order of precedence when defining fault. They also further define racing room.

AER rules are pretty similar to those above, but add that the slower car should indicate which side they want to be passed on that cars in different classes should not interfere with each other.

NASA has the most detailed rules on passing as they have several examples and rulings in the appendix. It’s very useful to read this section even if you have no interest in racing with NASA. 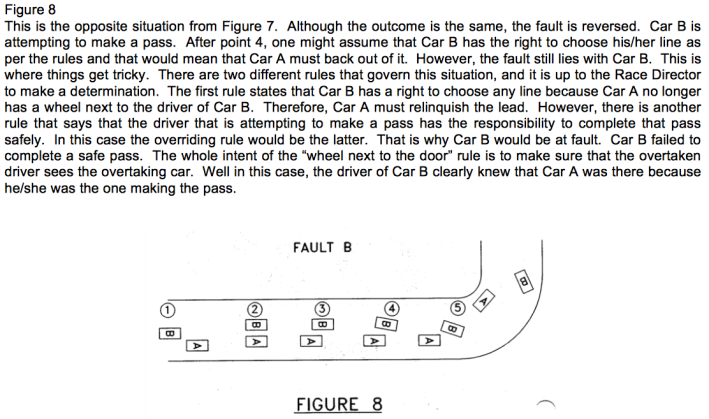 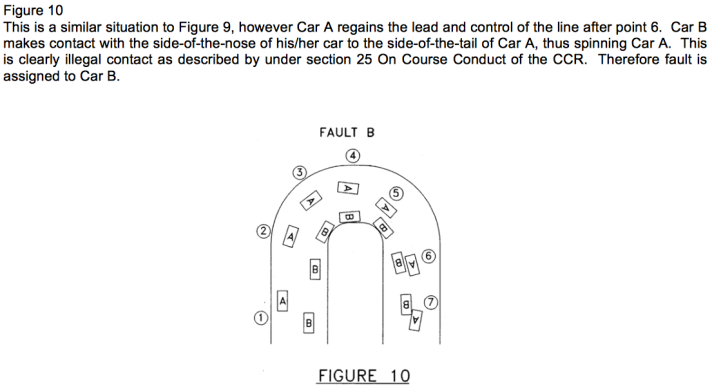 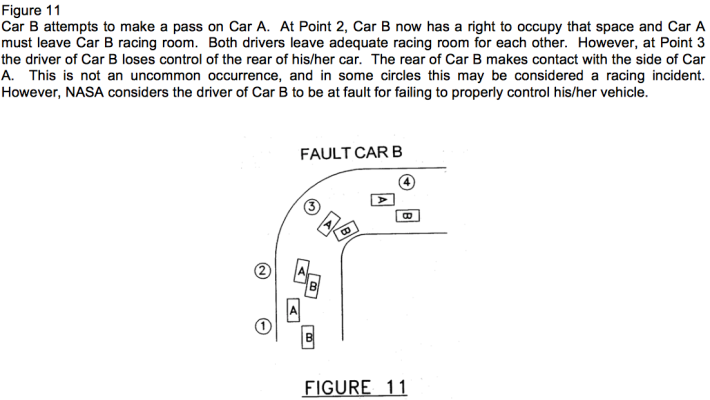